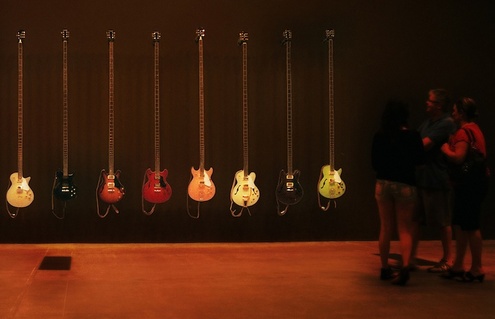 Dateline: Summer, 1995. Thirteen-year-old Chris is reading Guitar World magazine, as all budding suburban musicians were wont to do at such an age or era. Cover likely featured 311 or the Presidents of the United States or some such group.

Enter wow moment: Rick Nielsen and his crazy checkerboard five neck guitar, which for some uninformed adolescent who’d never actually heard Cheap Trick, was pretty mindblowing. I later became much more informed about their merit, but dude could still play.

‘Cept now, a custom five necker has nothing on this hand built sculptures by Indonesian artist Rudi Mantofani. 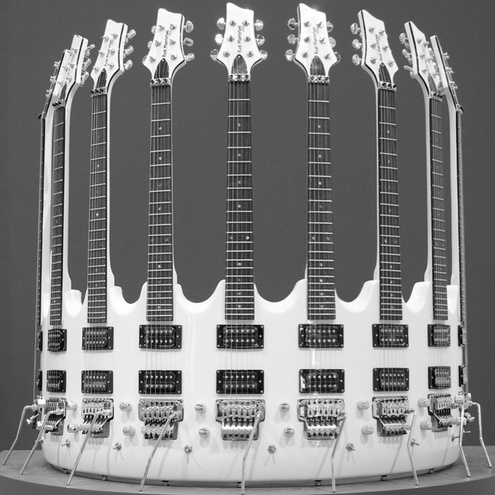 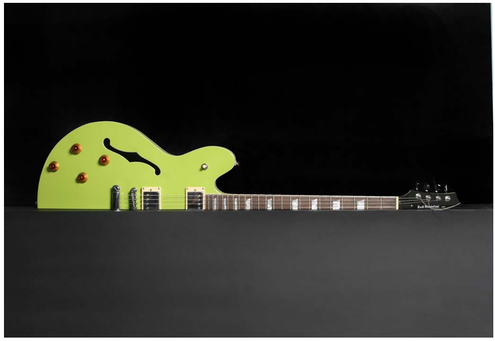 At first glance, these slick guitars by Rudi Mantofani suggest absolute certainty. Yet they are wickedly unplayable: it would be impossible to strike even one note. Perfectly inaccessible, they frustrate our desire to play our fingers across the strings and release their spirited chords. Mantofani has crafted the guitars himself from scratch: they are not transformed ready-made objects, but custom-made affronts to common usage and common sense, transformed into ‘visual parables. 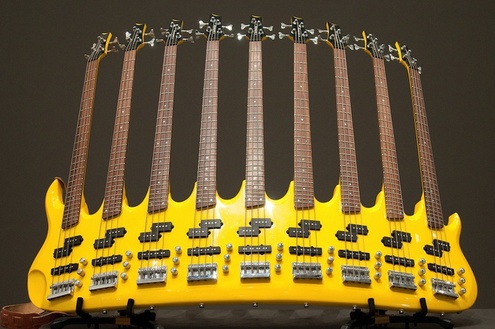 Read more at My Modern Met