How, you say? It starts like most good projects – with cardboard and duct tape. “I wanted to try something that required the minimum amount of disassembly of expensive components (i.e. no warranty voiding!), as well as being cheap and relatively easy to assemble…I already had the lenses and phone, so the project cost me less than US$10.”

But then WHY, you’ll say. A couple of reasons stand out. One, the effect is pretty cool. It allows for the depth of field of 35mm lenses, as well as some crazy colors and lens distortion, and sometimes some Holga-like vingettes. 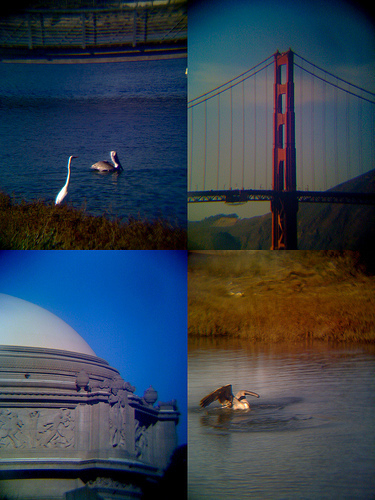 Also, I think the likelihood of being able to do this on the cheap is pretty high – nearly everyone has a camera phone, and even those who haven’t stepped up to a DSLR have access to 35mm lenses – old film cameras that don’t get used, thrift store finds, and incredibly inexpensive second-hand lenses that aren’t able to be used with modern digital cameras. Even if you don’t have a lens, you’ll be able to get away with this whole project for less than $50, providing a digital special effects camera, a great alternative to the film-only aforementioned Holga.