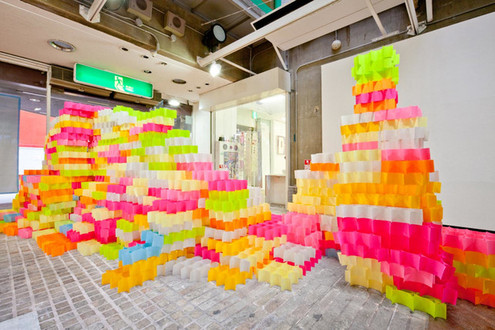 There’s been plenty of playing around with über office staple the Post-It, but none so…well, solid.

“Over 30,000 Post-its were assembled into a series of “bricks” and joined together into layers which were stacked on top of each other to create fluorescent towers. Amazingly, the pieces are only secured with their own adhesive; there’s no additional glue in the entire structure. Even Shimada was surprised by how strong the Post-its were when united. “This is a kind of architecture — paper architecture,” he says. “Considerable strength with affluent flexibility was confirmed.” It took about a week to turn the Post-its into towers.” 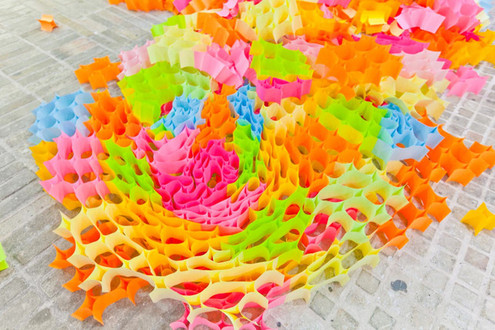 Oh, and get this. Much of the sculpture was created from old, donated post-it notes from students. How’s that for recycling?