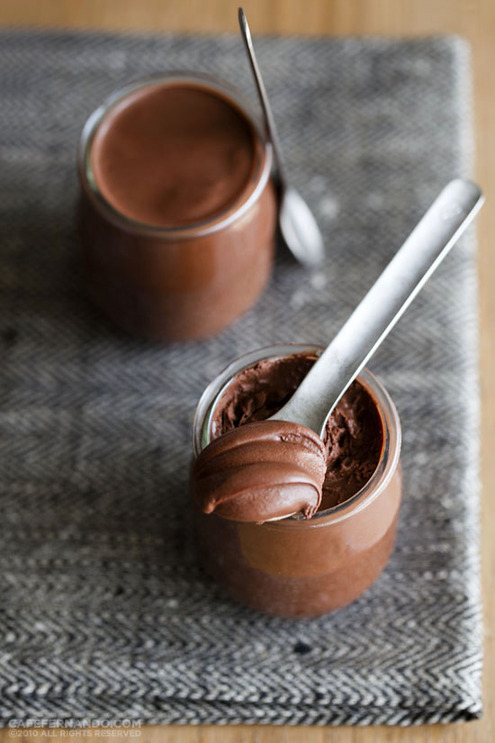 I’m not a huge dessert guy. I mean, I like sweets as much as anyone, but I don’t crave them often, and would much rather waste the calories on salty, savory foods than baked goods.

Well, except for one thing: pudding. Well, doughnuts, too, but those aren’t really desserts. But pudding, mousses, chantilly creams, custards, and other whipped and airy delicious sauces in a bowl? Gimme please.

So, last night, I tried this chocolate mousse. It was the most amazing one I’ve ever tried, took me four minutes to make, and involved only two ingredients.   Most surprisingly, they are: chocolate and water. That’s it.

This amazing discovery was made by the famous French chemist, Hervé This, who is also known as the man who unboiled an egg. The recipe, which is also called Chocolate Chantilly, starts with melting chocolate in water and ends with whisking it until thickened. Sounds like it goes against everything we’ve been thought about working with chocolate, right? Sure, I’ve seen chocolate and water together in many recipes, but that was just the beginning of a recipe (mostly chocolate sauce), not all that you needed. So forget about everything you’ve been thought and try it. The recipe not only works, but also produces a mousse with the purest chocolate flavor ever. 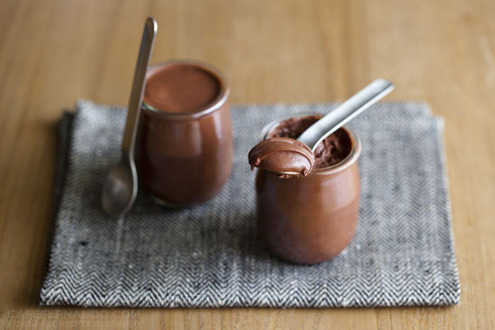 Seriously, it works. I’ma try it with a bit of liqueur next time, or the Earl Grey steeped water. Incredible.

The Best Chocolate Mousse of Your Life in Under 5 Minutes