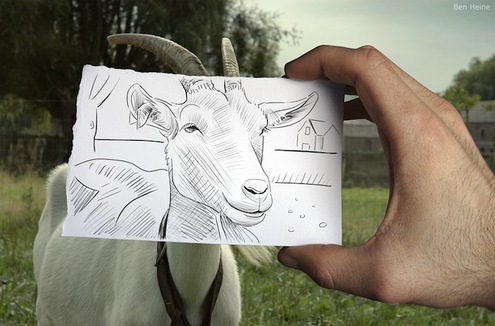 It’s been said that some of the best songs are those that sound like you’ve heard them a thousand times upon first listen. Reliable, fresh, yet totally familiar and I-wish-I-thought-of-that invoking.

Belgian artist Ben Heine’s series “Pencil Vs. Camera” is sorta the visual equivalent. We’ve all played with subsituting objects in photos, but it’s never been done like this, or this well. 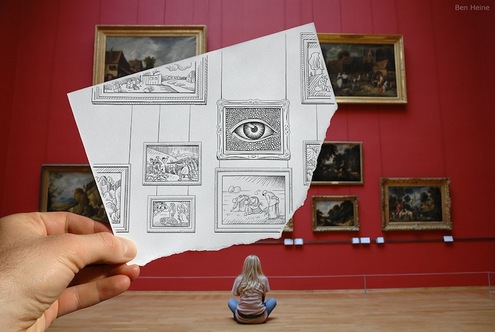 And, he’s just released an updated version for a gallery in West Africa. “The Republic of Cape Verde is an island country, spanning an archipelago of 10 volcanic islands located in the central Atlantic Ocean, off the coast of Western Africa. Though tiny in area, the islands have beautiful landscapes including barren flats, verdant valleys, and a single volcanic peak whose slopes are streaked with rivers of frozen lava. Its rich cultural heritage is influenced by continents like Africa, South America and Europe. In some of these images, notice how he can elicit feelings of hope and inspiration.” 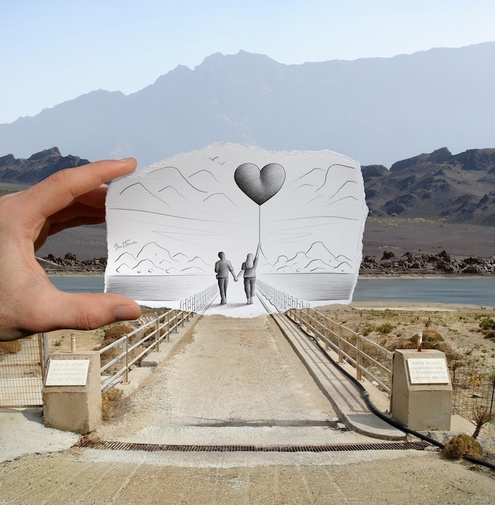 Read about the originals and the new series on My Modern Met.